Affordable Neural Network Powered AOI. Check the integrity of your assembled PCB from a photography. No upfront investment. Try it for free.

The Canary Islands government plans to approve its CanaryChip strategy in the coming weeks in order to attract investments from the European Union Perte Chip program, approved by the Spanish government in May 2021 and which aims to mobilize public investment of 12.250 million.

The Canarian Executive says that the autonomous community has a very good technological, logistical and connectivity ecosystem to participate in this Strategic Project for the Recovery and Economic Transformation of Microelectronics and Semiconductors. They also plan to exploit the highly favorable tax regime for investors, which encourages innovation and applies various tax exemptions.

The Canary Islands Special Zone (ZEC), established in 1998 as a Ultra Peripheral Region (RUP) and reinforced by the Lisbon and Amsterdam treaties, presents the best tax regime for EU companies, 4%, and also enables access to specially favorable tax deductions in the R&D field. The ZEC also allows access to instruments such as the Canary Investments Reserve (RIC), which is being used successfully by the audiovisual sector, and multiple exemptions in direct taxation (for job creation, capital expansion, acquisition of goods for investments, etc.). In addition, the taxation of dividends is flexible, according to the Canary Islands government, which allows for taxation in Spain or at the origin of the investor.

In the context of attracting investments in the chip sector, it is important to remember how tax breaks are being used as a tool by governments. For example, the United States has included 25% tax breaks on company investments in its “Chips for America” program, which are also complemented by breaks on land taxes or for job creation offered by states and counties.

Human capital
Canarias’s special tax regime will not be the only card it plays to attract investments related to the Perte Chip. One of the main obstacles to the establishment of new semiconductor companies in new territories is the lack of human capital, and Canarias boasts of having a solid academic and scientific base. The Institute of Applied Microelectronics (IUMA), affiliated with the University of Las Palmas de Gran Canaria, has more than 30 years of history and has already participated in the drafting of Spain’s first Microelectronics Plan in 1985. IUMA has been a talent generator for companies in the sector such as Microchip Technology, NXP, ASML or Infineon, and has collaborated with various multinationals such as the Taiwanese giant TSMC or the American companies Intel and Nvidia.

Also established on the islands is the Institute of Astrophysics of the Canary Islands (IAC), whose instrumentation department has been developing circuit designs for aerospace systems for years and is currently participating in the development of the Caramuel system for quantum communications, led by Hispasat and aspiring to funding from the Aerospace Strategic Project.

In the private sector, the Canary Islands cluster of semiconductor companies, Cluster Chip de Canarias (C3), has been incubating for a decade, already having more than a dozen companies that provide 700 jobs within and outside the islands and have a business volume of approximately 78 million euros. The cluster maintains links with the associations that collaborate with the government in the design of the Perte Chip, Ametic and Aesemi, and is considering becoming an association with its own profile.

The C3 is made up of the companies Aerolaser, AgnosPCB, Arquimea, eSignus, LightBee, SensorLab, SoC-e, SubSeaMechatronics (SSM), Wireless Innovative MMIC, and Wooptix. They have an approximate business of 78 million euros. In recent months, much has been said about the startup Wooptix, which has received support from European Union and CDTI funding, and has Intel among its investors. The company has developed silicon metrology instrumentation that allows for chip wafer quality control in milliseconds, compared to its competitors who do it in minutes. Its technology allows for accelerated chip production in the most advanced foundries. The company is participating in the new EU IPCEI (Important Project of Common European Interest) for Microelectronics and Communication Technologies, currently in the definition phase.

Other companies, like WIMMIC and Arquimea Research, are more focused on designing their own integrated circuits, but with production by third parties, such as fabless design houses. The first, a spin-off from IUMA that already has offices in the US and the Netherlands, produces designs of radio frequency and microwave integrated circuits. Arquimea, on the other hand, is the C3 company with the most employees. Its R&D center is in Tenerife and it specializes in designing radiation-resistant integrated circuits, a necessary protection for the use of chips in the aerospace sector. This company has headquarters in Madrid and offices in the US, Germany, and Malaysia.

The economic and technological strengths of this autonomous community are being supported by the regional government. The Canary Agency for Innovation, Research and Information Society is finalizing the development of the Canarychip Strategy which will be presented in the coming weeks, with which it aims to give the definitive boost to the semiconductor sector in the islands and to deepen the diversification of the economy in the Autonomous Community. 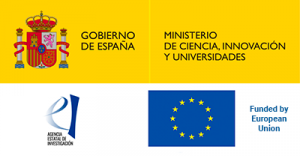 Sign in Create an Account
Lost your password?
Manage Cookie Consent
To provide the best experiences, we use technologies like cookies to store and/or access device information. Consenting to these technologies will allow us to process data such as browsing behavior or unique IDs on this site. Not consenting or withdrawing consent, may adversely affect certain features and functions.
Manage options Manage services Manage vendors Read more about these purposes
View preferences
{title} {title} {title}
Shopping cart close